I am currently in the final stages of editing my first book, focusing on the Sicilian Mafia. The book is written for those who want to understand why Cosa Nostra came into being, how it became so powerful in the first half of the twentieth century, why it crashed and burned in the 1980s, and what it is now doing to regain control of Sicily.

It is different from other books that go into the origins and development of the Sicilian Mafia because it does not assume that the reader has any knowledge of Italian history or the story behind several events that created ripples that reached Sicily and influenced the development of organised crime. Every historical event that has an impact on Sicily and Cosa Nostra is explained – from the discovery of a treatment for scurvy, to the Bolshevik revolution in Russia and the beginning of the Cold War.

The book will be published this year to honour the memory of Judge Giovanni Falcone and Judge Paolo Borsellino on the thirtieth anniversary of their assassination. 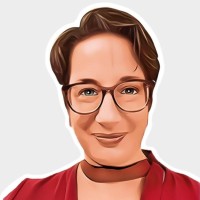 The Battle for Sicily's Soul

The Battle for Sicily's Soul is a gripping account of one of the most violent and powerful criminal organizations in the world, and of the brave men and women who dared to oppose it.

Get Your Copy Today>>